My first experience with GameDev.tv was back in early 2018 at a small Starbucks down in Jacksonville, Florida. I was living in the area, working as an intern for a financial software company. Living alone and away from family & friends, there was not a lot to do. With a lot of free-time and nowhere to spend it, I finally decided to explore game development. It made sense. I had a strong illustration background and an equally strong computer science background, but there was one major blocker:

Where do I even start?

I began searching online for tutorials. I liked YouTube, but I wanted something more consistent, less abstract, more concrete (:3). That was when I happened upon Udemy and the Complete C# Unity Game Developer 2D Online Course. And so, on a quiet spring afternoon in a little café, I started my Game Dev Journey.

It wasn’t easy, mind you. I had to put in the work, spending countless hours learning, experimenting, researching, and debugging. But when my internship ended and I returned to New York in Fall 2018, I had a wealth of Unity knowledge, more so than anyone on campus. As it happened, the CS club at my school was hosting a local hackathon, so for fun, I signed up as a one-man team to build a game. In a single night I put together a platformer. It had music, animation, and fun gameplay. It was enough to surprise everyone. Nobody was expecting a game, especially one that was so well put together in a single night. It was so good that one of the judges offered me a job which I later accepted.

The job was to help my school’s Geology department build a Unity VR simulation for Rip Currents. As the only Unity expert, I worked closely with the professor to make sure he was getting the data he needed and that the system was responding as expected. That project later went on to become part of a published paper for a peer-reviewed journal called JOVE, which I was even credited for (see link above). This wasn’t the only opportunity that opened up.

Around the same time, I also had a Senior Design project to cap off my final year of undergrad. For this project, I decided I would do a Fire Emblem type game. TRPGs were my favorite kind of game growing up. I adored games like Awakening, XCOM, and Shadows of Valentia. I wanted to recreate the games that inspired me, but there were a great deal of problems to solve, both technical and administrative.

The technical problems involved how to recreate certain systems in Fire Emblem through Unity such as Grid-based Combat/Movement, Dynamic Saving, Visual Novel Systems, and Inventory Systems. A lot of those were covered in the Unity RPG courses, but the rest needed to be solved through researching the problems, studying similar code solutions, and watching a great deal of YouTube tutorials. Though the real challenge was the administrative side of things.

My CS Department had always been more focused on app development and cybersecurity. Game projects were generally very mediocre and often discouraged as final Senior Design projects. I had to fight tooth and nail to convince the professor overseeing Senior Design to greenlight my project, titled Frozen Embers.

She was reluctant, but I took it in stride. If I was going to be serious about making games, I had to prove to the department and to myself that I could make something of good quality, and I did. I built Frozen Embers, a TRPG that takes much of its nods from Fire Emblem. It was a very rough first pass, but that prototype blew away the entire department.

Frozen Embers went on to become my ticket to grad school where I currently reside. I am a first year Level Designer, attending Southern Methodist University, one of the top 3 universities in the United States for video game development.

Even here, in this intensive program, I am one of the Unity experts, the one that the other Level Designers turn to for help regarding anything scripting/Unity related. Even the programmers and artists will occasionally consult with me regarding their fields because I have that background. It’s gotten to the point where one of the professors jokingly refers to me as a “unicorn developer.”

None of this would have been possible without GameDev.tv. I cannot stress enough how thankful I am to Ben, Rick, Sam, and all the staff and community members for helping me along in my journey. I learned so much in these past 2 years and all of these experiences have shaped me into the budding game developer I am today. No matter how far or how high I fly, I will never forget you guys, the ones who believed I could do it and showed me how. 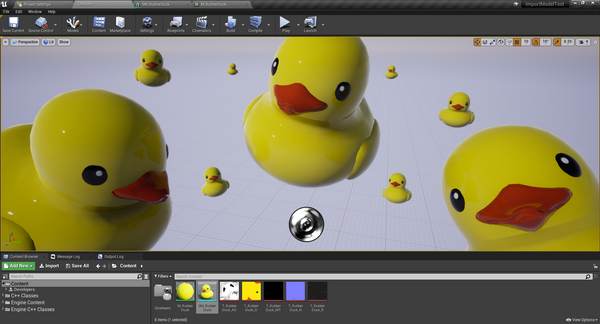 In this post, I'm going to show you how to use Blender 2.8 to prepare almost any model so it could be conveniently imported to Unreal Engine and also how to create a material from provided textures. 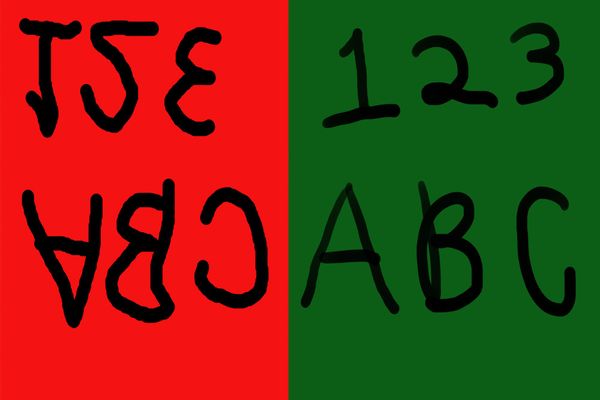 You've probably been told, your whole life through, that you shouldn't quit. Well I'm going to tell you the same thing again! Don't ever give up! When I was just