A game developer? Me?

That’s probably what I would have said to you two years ago if you had told me that would be my job title today.

I wrote this article for anyone who is considering going into game development but who fears they don’t have the time and/or skills to do it. I firmly believe that anyone can make games, no matter who or where you are. I'm hoping that by sharing my story and a few tips I've learned along the way, I can inspire others to take the leap into this exciting industry.

Back at the beginning of 2020, my official job title was “mom.” I was a stay-at-home parent to my two young girls, who were then ages 1 and 3. I loved being a mom, but as any parent will tell you, it’s important to also have outside interests. Before having kids, I was a freelance content writer and had done most of my PhD in Early Modern History. I always assumed I’d get back into writing and building my own content creation business someday, but every attempt I made turned into a false start. I began to wonder whether my heart was really in it anymore and started to poke around looking for other career options. But I felt stuck. I'd always been interested in coding, but I didn't think it was something I could do professionally since I didn't have a STEM degree.

One afternoon as I was browsing YouTube, I came across a video about the creator of Stardew Valley. Although I’d been playing Stardew Valley for years, I’d never delved much into its development. Watching that video and realizing that one (extremely talented!) developer was behind that masterpiece of a game was like a light bulb moment for me. Maybe I’d never make a game as wonderful as Stardew Valley, but just knowing that a single developer was capable of creating such a magical and immersive world was enough motivation for me to try it myself.

I Googled game development courses and lo and behold, GameDev.tv was the first search result I saw. Over the next twelve months, I balanced taking a bunch of GameDev.tv courses with my stay-at-home mom duties. Since my partner was also working at home a lot due to the pandemic, I had more time to study and focus on building my coding skills.

I'd never done object-oriented programming before so that was a definite challenge. But I think the hardest part of studying game development was the impostor syndrome.

If you’ve read this far, hopefully you can relate to this “fish out of water” feeling. Even almost two years later, I still sometimes have moments when I doubt my abilities, but I think that's normal in any career.

I'm far from an expert, but now that you've learned a little bit about my background, I thought I'd share a few tips that will help motivate you on your own game development journey.

Nip that impostor syndrome in the bud

I know, I know. Easier said than done, right? I think what's helped me the most is joining online communities. Beyond the Unity Course Community group on Facebook, there are many other Discord, Twitter and Instagram groups for aspiring game developers.

These groups are full of people who understand the unique challenges of teaching yourself to code. They're a safe place for beginners and experts alike, so don't be afraid to ask for help when you need it. If I never got over my fear of asking for clarification when there was something I didn't understand about my code, I might never have gotten to where I am today.

Get the basics down

I think there’s a tendency among developers of every kind to get all starry-eyed when we think about the kinds of things we can create with our programming skills. I was the same way. I remember feeling impatient during the first few weeks of learning and wanting to hurry up and get to the “good stuff.” But looking back, I can see how wrong I was. Especially as someone who was fairly new to coding, it was so important to get the basics down first.

For me, that meant going slowly through the course content and making sure I thoroughly understood it before moving on. I'm not a big note taker, but I know many self-taught developers who are. Google Docs or Notion are great (free) tools for making cheat sheets or compiling notes, and I highly recommend them.

This isn’t always the case, but if I’d stopped to wonder whether game development was the right path for me, I might never have bought my first course. I'm an over-thinker, which means I'm not usually a risk taker.

Maybe it was the strangeness of the pandemic or maybe I'm finally becoming more decisive, but something in the spring of 2020 told me not to hesitate and start learning game development right away.

The more opportunities you take, the more doors will open for you in the future. Thanks to platforms like GameDev.tv, the initial monetary investment to learn game development is small (and the benefits are large). So even if you don't stay in game development forever, you'll have acquired valuable software development skills that you can carry forward in your career.

I’ve found that documenting my journey has been particularly helpful and motivating. I started posting on Instagram late last year and it’s a fun exercise to look back at the projects I've written about to see how far I’ve come.

Devlogs or a personal blog are another good way of tracking your progress. And don't forget to read and comment on other people's posts too. Not only will this help cement your own knowledge, you'll also be making valuable connections in the community.

Get involved in game jams

I know I'm not alone when I say that I was super nervous to enter my first game jam. I'd circled around them for a while before I finally bit the bullet in the fall of 2020.

I have a couple under my belt now and I can honestly say that the game jam communities I've been a part of were supportive. If you're still wary, try to find a jam that is just for beginners. As a game jam participant, you'll learn a lot about scoping a project and working with deadlines. As an added bonus, you'll probably make some friends and new connections along the way.

On a related note, I'm also a big fan of the open source community. Browse through GitHub and you'll find many game development projects that are looking for contributors. Contributing to open source builds your confidence working with Git tools and collaborating with other developers. If you're a beginner, your contribution can be as small as some asset organization or an edit to a README file.

Are you someone who is always buying online courses but never finishing them? Trust me, I know how tempting a Udemy course sale can be. But if you're serious about learning something, you need to do more than just buy courses and let them collect dust.

I found using even soft deadlines like finishing a course by the end of a season helped keep me focused and on track. If you need extra help staying motivated, you can create a rewards system for yourself. Once again I'd highly recommend either Google Calendar or Notion for creating a schedule you can stick to. Even ten minutes a day spent studying can add up to a lot of progress in the long run.

Strike out on your own

I’ve found that the more of "myself" I put into a game, the more motivated I am to finish it. Once I got the basics down, I started seeing the course projects more as blueprints and became confident iterating on them and adding my own unique features. For example, I took the Realm Rush project from the Unity 3D Beginner course and turned it into a Christmas game.

It's fine to use course projects as a starting point but don't get stuck in "tutorial hell" forever. Branch out early and often. In the worst case scenario, you'll end up going back to tutorials for a while to get better at something before branching out again.

I've played video games all my life but I didn't start making them until my thirties. I hope my story has shown you that it doesn't matter how old you are or what your background is. Anyone can make games, as long as you have the dedication to learn and the motivation to keep creating. 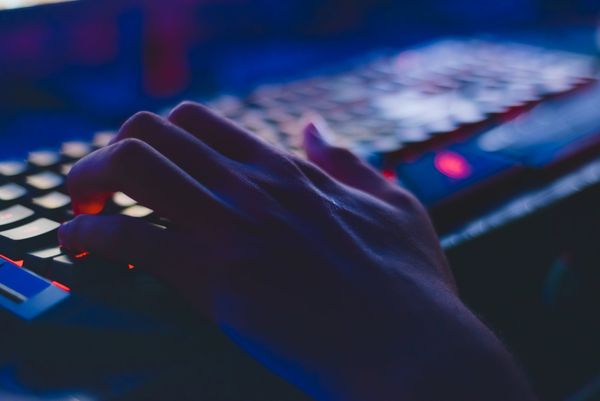 Industry veterans Rick Davidson & Tim Ruswick are joined by Richard Salyniuk from Canterkerous Games to discuss free vs not free as a game dev freelancer. 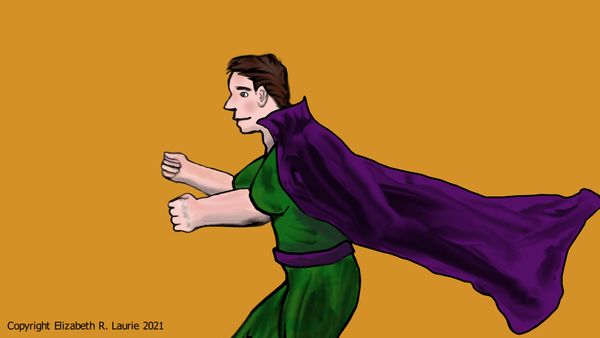 While I was attending college I learned a lot of study strategies, and in this blog I'm going to share them with you! I'll go over tips for scheduling your study time, studying instructional videos, and recording and organizing what you learn