Quick disclaimer; This tutorial is created with beginners in mind, if you are an intermediate programmer this might not be for you.

Let’s begin with the basic scenario: Our hero, Ben, woke up one day in a dungeon, fortunately for him there are two keys right beside him, but there’s a problem, he can’t pick them up.

To create a system that our hero Ben can use, we are going to need the following:

For this, we are going to need 2 scripts: One for the inventory and another one for collision detection.

Creating an inventory that saves the collected items might seem like a daunting task, but there’s actually a very simple way to do it, Scriptable Objects are the perfect fit for this since they won’t reset after changing to another scene. In this case, we only need a few functions that allow us to modify and get the value of an int.

There's a change you haven't seen a getter like that before. What "GetKeys" is doing, is just returning the value of the variable keys, is quite simple. This type of coding is also known as syntactic sugar, is a way to achieve the same result with fewer letters.

Out backpack is ready, it will hold all the items and save them between scenes. Isn’t that great? Now, unto the next part: we need to create a script that allows us to pick up items.

We need to compare the tag so it doesn't gives us a key everytime the character crashed into some trigger. Don’t forget to set up everything we need, like the new tag and the colliders in our objects.

That’s it! Our inventory is ready to go and Ben was able to pick the keys! Let’s find out what is waiting in the next room for our hero.

It’s Ben’s lucky day! A potion! But, he cannot grab it, Isn’t that sad? Let’s upgrade our inventory for Ben so he can pick up all sorts of items and use them. First, we need a Pause System, you can click on this link to know how to implement one.

To pick up items and use them we are going to need several scripts, some prefabs, and a little creativity. Let’s make a list of everything.

Let’s start with the new backpack. We need a generic list that saves all sorts of items, but, we don’t want keys to appear on the menu, we can’t put them together, we’ll need to keep that distinction, imagine this like pockets, in the left pocket Ben will keep his keys, and in the right one his potions. Add the following lines to the Backpack script.

The use of game objects instead of something else might seem like a weird choice, but there's a reason for that, to populate the Items menu we'll need buttons, which come in form of prefabs, we'll have to populate the menu each time we change scenes (unless you use a singleton), or at least once each time the game loads, so we need the information on the buttons the player accumulated.

Now we need a button that fits our Items menu, I’ll leave that up to you since our games are probably not similar. Just remember, once created, save that new button as a prefab and name it in any way you want depending on the item you are designing, in my case, my button is called “HPPotion_btn”. Those last three letters <btn> stand for button, using three letters as a form of abbreviation is a good way to keep your names short yet organized, “btn” is a very common one you’ll find in pretty much every game.

For the next part, we’ll need a way to define which kind of item the object is, Is it a key? Or a consumable item? Like a potion. Create a new script and attach it to the Potion and Keys. Don’t forget to set the type later in the inspector.

In this case we only need to know if the item is a key or not, we don't need any more distinctions than those, in case you need them for any particular reason, you could always use enums.

We are almost here, Ben now only needs to be able recognize which kind of items he's grabbing, that might get a little complicated, so the code for this is going to be a little long.

This code is quite long, so I'll break it down:

If you have many different types of items then I'll recommend you use a Switch statement, it might not be the best and most efficient way to do that, but for beginners, I think that's perfectly fine.

It's time for testing!

Great! Now Ben can actually pick up items of different types and save them in different pockets, but, wait, this is not how it's working in your game, there's something missig, yes, the UI, that's why we wrote two different methods when grabbing items, we need to update the UI in two different ways, but this tutorial is already way too long, so I'll make a Part 2 covering UI and how to actually use the items, this will with some free 2D assets for you to enjoy.

See you in the next one! 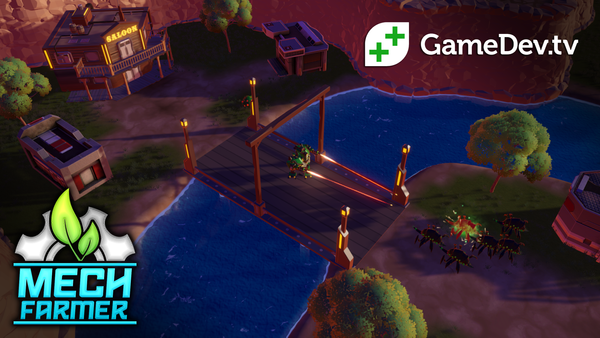 Late 2015 “Ha! It’s moving! It’s bloody moving!” I shout to nobody in particular. “What’s moving?” my wife asks, popping her head into my study. I stand 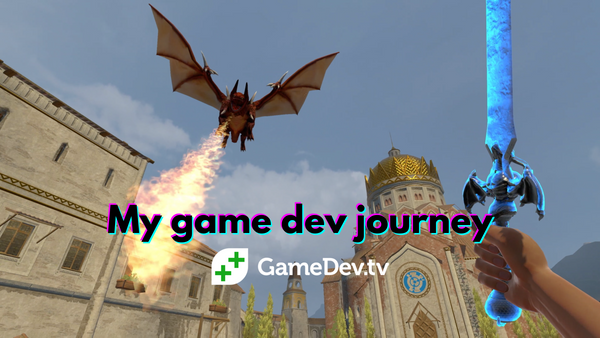 BACKGROUND April 2020. The world is shocked due to the outburst of the Corona Virus pandemic. Many Countries have imposed a generalised lockdown in order to prevent the spread of