Creating a Pause menu is one of those things I didn't know how complicated it was until I tried it, many claim it's really simple, but I disagree, specially in 2D games.

As you have probably seen all over the internet, to pause a game you only need to set Time.timeScale to 0, which in theory is right, so, let's try that and see how everything goes. I already have a small game with a character that shall be named Stickman Rick. Stickman Rick can move, jump and turn into Super Stickman Rick with the press of a button (I know that's "op", let the Game Designer deal with that).

I want to give the player the ability to pause the game when pressing the escape key...

In the spirit of the GameDev.tv courses, I'll be challenging you throughout this tutorial. Here you can download the project I'm using so you can follow along. Create a new Unity Project and simply drag and drop the package.

The code should look similar to this:

This will surely pause Stickman Rick's endeavours, but this won't help him get back to his task. The player should be able to unpause the game, for that we need to implement an "if" statement, or even better, a Ternary Operator.

The Ternary Operator behaves as an "if" statement but written in a single line.

Usually a game has a Pause Menu, the project already has one, we only need to activate or deactivate accordingly.

First; I don't like that Mathf.Epsilon, let's change that to a bool that serves as a state, that way we'll be able to have more control.

This definitely works like a pause system, but in reality, it's not working yet, there are 3 bugs that need our attention. Did you find any?

Why does this happen?

The Super Stickman Rick animation plays because when you set an animation without a transition or exit time it will transition to the next state if the conditions are met regardless of the Time Scale. This is a very common issue in 2D games.

To fix this we need to know if the game is paused and prevent the input from occurring. In our "PauseSystem" script we need a new function that returns the value of our bool "isPaused".

We need a way to access in our Stickman Rick controller the function we just created and then prevent the input from happening if the game is paused.

We are almost done. There's a third issue with the pause system we need to fix before we call it a day.

If you need animations to play when the Time Scale has been set to 0 you only need to change a property in the animator component.

Set the UI Animator Controller's Update Mode to Unscaled time. That's it! Stickman Rick is ready to show his moves even when the game is paused!

Creating a Pause system can be a little intimidating and confusing, just try to remember the following tips;

Hope you liked this small tutorial. 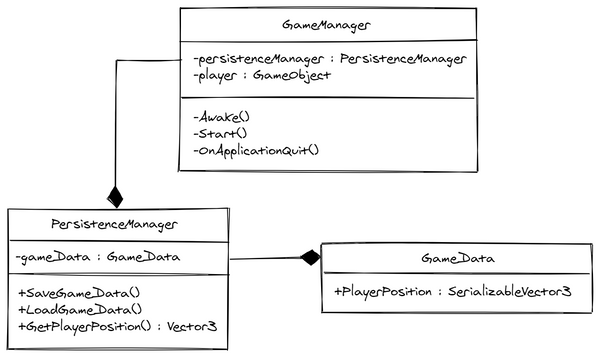 If you've been using Unity for a while there's a high chance you've already used PlayerPrefs class to store data persistently across different game runs. In this post, I'd like to share with you a different solution.

Read how Chris stumbled on his passion in the game dev craft, and went on to publish his first game BACKGROUND In June 2019, I handed in my resignation letter,