In our latest Udemy course ‘Introducing C++ for Unreal Engine 4 Game Development’ we’re teaching people of all abilities how to create and modify video games using Unreal Engine 4. Alongside Unreal 4, students will also be required to run Visual Studio 2016 Community (for PC) and Xcode for C++ Development (for Mac).

This has led to many discussions and questions around when you need to report any earnings from games made on this platform, and other licensing requirements. Below we hope to answer these questions, please be aware that this is merely our interpretation and for full information you should review the licensing terms directly on their websites (links provided below).

Back in March 2015, at the annual Game Developers Conference held in San Francisco, Epic games announced it was opening up its Unreal Engine 4 game engine technology to everyone for free.  Tim Sweeney, Epic’s founder and CEO, said the move came after they saw the user base grow 10 times larger when it changed to a $19 monthly subscription model in 2014.

“We were blown away by the amount of amazing work that the community was doing with the engine, so this year we decided to eliminate all the barriers to entry and open the technology up to absolutely everybody,” Sweeney says. “There is no cost of getting in and because our business is built on a royalty-based model, we succeed when developers succeed with the Unreal Engine.”

Even when the $19 subscription was in place, Unreal still operated on a royalty-based model. So what does this mean and how does it affect you?

If I Make Money From A Game Made Using Unreal What Do I Have to Pay Epic?
Epic have made this quite a simple one to understand. Once you ship your game or application, you pay Epic 5% of gross revenue* after the first $3,000 per product, per calendar quarter.

*gross means all of the income from the sale, not the amount you receive after the store has taken their percentage for selling the game. This also includes all revenue made from in-app purchases, subscription fees, microtransactions and virtual currency redemption, as well as in-app advertising and affiliate program revenue.

When Are Royalty Earnings Due?
Royalty payments are due 45 days after the close of each calendar quarter. Along with the payment, you must send a royalty report on a per-product basis.

How Long Do I Report Royalties For?
As long as your product is making more than $3,000 per quarter you need to report royalties. If your product is taking less than that or stops being sold altogether than no royalty reports are due.

Yay, My Product Has Won A Cash Award. Do I Pay Royalties On That?
Congratulations! Nope, that’s all yours =)

Tell Me More…
For more information, including whether you pay royalties on money raised on Crowdfunding platforms like Kickstarter and whether there are any royalty free revenue sources, then check out the super helpful and jargon free FAQ’s on Unreal’s site.

For a more detailed explanation, including custom terms, check out the Unreal Engine 4 EULA (a legal document which you’re agreeing to when you sign up for the Unreal Engine and governs your use of the Unreal Engine, as well as describing your rights and obligations when you build games or other products using the engine) and Epic’s product release page.

As to be expected with most things that come from Microsoft, the licensing terms are a little more complex and so we’re laying them out below as they appear on their site to avoid any misrepresentation.

Installation and Use Rights.

Tell Me More…
For more information, including terms for specific components, distributable code and scope of license please visit the Visual Studio site.

Xcode on Mac for C++ Development

In June 2015 Apple changed its policy regarding permissions required to build and run apps on devices. In their article ‘Xcode 7 allows anyone to download, build and ‘sideload’ iOS apps for free’, 9to5mac explain that up until that point, Apple required users to pay $99/year to become a member of Apple’s Developer Program in order to run code on physical iPhone and iPads. The new developer program meant that’s no longer required.

‘Xcode 7 and Swift now make it easier for everyone to build apps and run them directly on their Apple devices. Simply sign in with your Apple ID, and turn your idea into an app that you can touch on your iPad, iPhone, or Apple Watch. Download Xcode 7 and try it yourself today. Program membership is not required.’

Meaning you only need to pay for the Developer Program if you submit to the App Store (a paid active membership is required to submit apps through iTunes Connect to Apple for review). Apple says it dropped the fee to allow even more budding developers (including younger developers and those from less-privileged backgrounds) to join in the iOS world.

Tell Me More…
Again, the Unreal site offers lots of helpful information around deploying your game on iOS from a Mac. The 8 step Apple iOS Quick Start guide takes you through setting up your computer and your iOS device for deployment.
It includes:-

Over To You…
We hope this has helped answered some of your questions. We’d love to hear your experiences in the comments section below.

By default, Unity will strip all files that aren’t required to make a build smaller. But what happens if you want to load resources by name in runtime? Enter the Resources Folder. My first use of this folder was in creating icons 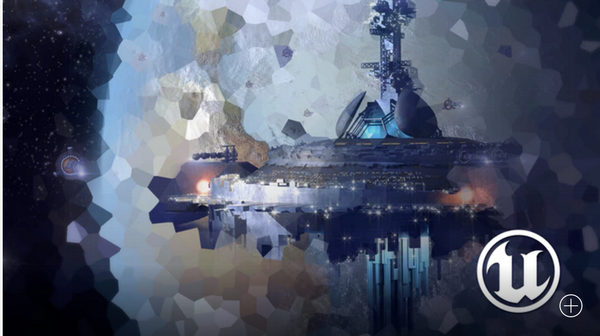 Our successful Kickstarter campaign funded the creation of a C++ and Unreal Engine 4 (UE4) online video course. This is a Q&A based on the C++ questions asked