Rick Davidson & Tim Ruswick* are joined by Laurie (Avocado Fire) to discuss stories in video games. In this Livecast they talk about the story in Brothers: A Tale of Two Sons and Cloudpunk amongst other topics related to storytelling in video games.

Lore’s the backstory and rules of the world. Having detailed lore helps make decisions as a developer. Lore is often included as hidden collectables or random books/laptops you can read during the game.

Story is something that’s shared with the player, it can be told by narrative or by creating scenes that portray emotion. An example is Brothers: A Tale of Two Sons. The game starts with no dialogue, the story is clear from the beginning as the sons are sitting at the gravestone of their mother and their father is being carried around in a wheelbarrow. The scene sets the tone of a sombre feeling.

Content is objects that have been physically built or created in the game. For example, if your game is a cyberpunk game, the content would need to be cyberpunk inspired.

There’s no right answer, many developers have a different approach to this. Playing around in the game engine can lead to discovering a mechanic that inspires a game/story.

Other times you’ll think of an idea that leads you to investigate your chosen engine to see if such an idea is possible.

Writing an entire backstory with heroes, enemies, clans etc may prove difficult because your idea of the world and mechanics may be restricted by your game engine limitations or your technical knowledge.

Creating games with emotion can have an impact on other players. You’re directing the emotion players should be feeling.

When creating your game and story you need to ask yourself what emotion you want the player to feel. Should they feel rage, sadness, joy…? The feelings you wish to project can impact the kind of story you are trying to tell.

We hope this livecast has helped you understand the importance of storytelling within video games.

Reece Geofroy joins Rick and Tim to discuss Pixel Art. Find out how easy it is to get started and what kind of pixel art you should use. 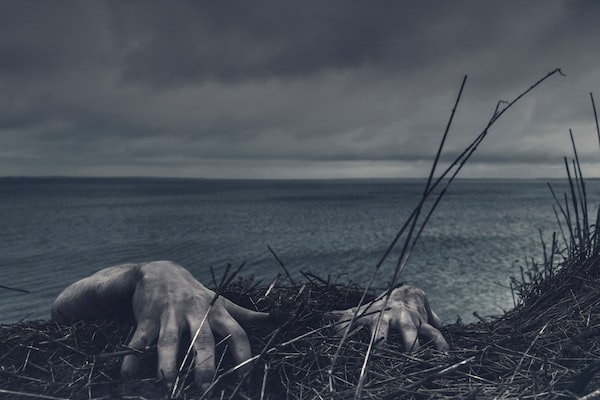 One of the hardest things to get correct in a game is the placement of a character's hands. In this article, I will use Inverse Kinematics (IK) to give that