Part of the joy of playing video games is understanding the amount of sheer effort and passion poured into projects by developers - whether that be animators, gameplay and level designers or any kind of artist.

In this article, I will outline my approach to capturing gameplay footage in an appealing way.

When capturing gameplay, I typically have an idea of what I would like to capture, whether that be raw gameplay of a combat encounter, stunning vistas or footage from an intense cutscene. Having an idea of the kind of footage you want to record allows you to be specific and avoid cluttered hard disks of hours of footage that take forever to sift through. By extension, any idea for capturing gameplay should consider the audience that will be viewing it and whether it provides an accurate representation of the gameplay.

A great template to follow for capturing gameplay footage is to look at gameplay trailers and demos as they showcase gameplay systems in a readable and satisfying way to the intended audience. Another way to think about capturing gameplay is to showcase the game in the best possible light, and to avoid showing technical issues and bugs that may arise in footage.

Now that there is an idea for footage to record, the most challenging part of the process approaches; capturing the gameplay itself. Capturing gameplay can bring many challenges with it, such as finding a suitable location to record in for the perfect lighting, getting AI to co-operate in the way desired, avoiding spoilers and bugs. However, with a little bit of time and patience, the desired footage can be captured.

The Last of Us Part II (TLOU2) is a video game with a vast number of combat encounters, and can be used as an example of how capturing gameplay can be made relatively simple. Capturing footage can admittedly be a tedious process, as mentioned previously you are contending with variables out of your control, but TLOU2 offers the player accessibility options, including the ability to toggle the level of intelligence of AI, for example.

Other options include being able to reload encounters which is an absolute godsend for capturing gameplay, as it streamlines reshooting and replaying a section of the game until you capture gameplay to the point of satisfaction.

The GIF above is relatively simple, but it clearly highlights how capturing gameplay can be made easy when understanding the variables in a game and how to manipulate them for exciting gameplay.

In an age of social media, it is critical to be aware of the audience that you are targeting with your gameplay.

With the work I undertook with PlayStation UK, PlayStation Access and We Are Reach, I understood what gameplay I would need to capture; the PlayStation 4 was host to a vast array of cool characters in critically acclaimed game, and I needed to blend all these titles together effectively.

My objective was to show the characters that defined a generation for PlayStation, and I was only able to achieve this by understanding all the gameplay systems, as well as animation sets for each character so as to create smooth transitions between each gameplay sequence.

Once you've captured the footage, you've completed the most challenging part. The editing part of the process mostly comes down to a matter of preference - you can always simply post your raw unedited footage, though editing can add some extra flare to the footage.

An easy but simple trick I have for video compilations and montages is to find two pieces of animations that are identical and have them lined up with the virtual camera in-game.

Once this is achieved, you simply separate the two pieces of footage by one frame on the editing timeline and then it creates a smooth transition like you can see in the tweet posted above.

By extension, you can add a track of your liking from the video game's soundtrack to compliment the footage, ensuring that when capturing the gameplay you have the music set to 0 in the game's audio settings.

There are always tutorials online for more tricks, but what I've found most useful in the editing process is finding something that works for you and perfecting it. I don't think the editing software itself is much of a concern either when it comes to editing, though that may depend entirely on the complexity of a given project. The software I typically use is:

Capturing gameplay is a challenging yet rewarding activity. There's nothing quite like pulling off a cinematic section of gameplay that perfectly showcases the game and all its systems at play.

Capturing gameplay is a ton of fun, and while there are challenges that can arise when attempting to record gameplay in a certain way, they can be avoided by:

Perhaps most importantly though, capturing gameplay is supposed to be a fun experience. So, if you're starting out for your first time, try playing one of your favourite games or a game you're really good at and have fun with it.

In this post Nick shares his experience of creating his first full game, and the lessons he learnt on the way. 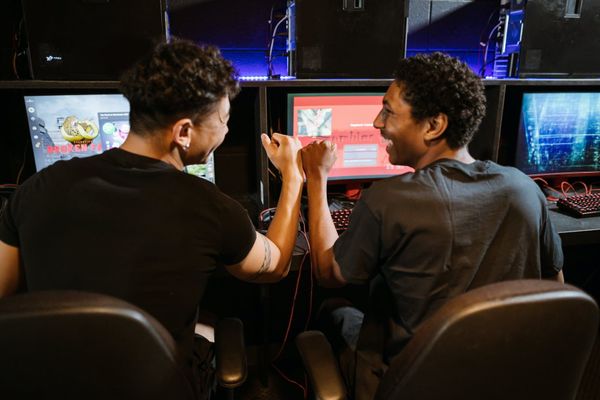