In the second installment of this three-part series, you will learn more about Catch Light Interactive co-founder Jorgen Tandberg, more commonly referred to as the left side of the brain. Jorgen recounts the inspirations which led him into the world of game development, and how having a business plan helped them not only produce a working demo of their interactive thriller, Project: New Light City, but learn some valuable lessons along the way. (If you missed it, you can read Building a Dream - Part One here.)

I have loved video games for as long as I can remember. The first game I played was on my father’s then state of the art portable computer, although it could hardly be called a laptop. It ran on Windows 3.11 and had this orange tinted monochromatic monitor. It also came with “Bang! Bang!”, a simple game with two cannons on opposite sides of the screen.  The idea was you aimed your cannon and fired at the opposing player’s cannon, and they returned the favor by volleying cannonballs back your way.

Soon after my brother and I got a SNES for Christmas, bundled with the original Super Mario All Stars collection. I don’t remember much else from those days, but my memory of playing Mario for the first time is clear as day. I continued playing games over the years, of course, and witnessed the industry’s evolution.  I played my first Final Fantasy game, Final Fantasy X on the PS2, and it became an instant favorite that I still play at least once a year to this day.  It had amazing gameplay and fantastic art for the time, but what really blew me away was how the game told a story.  I was so inspired, when I finished high school I decided to study 3D art with the dream of one day working for Square Enix on a Final Fantasy game.

It took a while, but after studying 3D art I came to a hard realization: I’m not much of an artist! We worked in Maya, an amazing tool, but I found myself more focused on using proper naming conventions and clean topology rather than dreaming up and creating some cool new design or character. And, to be honest, the ones I did create were never really that good. I had nowhere near the talent needed for getting a job in that field - especially in the video game industry - which was already quite small in Norway. So, I gave up on art and, I thought, a career in developing video games.

A tough decision, but I’ve realized lately that the time was not all wasted, though. A lot of what I learned back then is certainly helping me with my game development career now.

Anyway, after giving up on a career as a 3D artist, I started working in marketing and sales for a small welding automation company in my hometown. It was okay, it was a job. Then, after some time, the company sent me to a robotics class to learn how to sell our new robotic welding solutions.

That class changed my life!

I realized right away that programming was awesome and, perhaps more importantly, I was not terrible at it! I started developing and programming robotic solutions. My skills as a coder grew. It didn’t take long before I started dreaming of making games again. Not as an artist, but as a programmer. Oddly enough, it was something I had never even considered before.

I started dabbling in Unity and bought GameDev.tv’s course for 3D games. It was a great learning experience! I was on a roll so I got GameDev.tv’s RPG Core Combat and Inventory courses next and started building several prototypes.  My goal was to keep the games small in scale so if something turned out good, I could develop it into a full game. I also read about several small indie studios making complete games with just two people, and that got me to thinking I should be looking for someone to work with, preferably an artist.

I started hanging out in GameDev.tv’s Discord server and Facebook groups. At that time the Coronavirus pandemic was just starting, so I spent all my free time building prototypes, chatting on Discord, and going through GameDev.tv’s RPG course. Not long after, I came across a recruitment post from a small studio in the Collaborate channel on GameDev’s Discord, looking for Unity and C# programmers for a game. It sounded promising and I hoped I might find someone with the same ambition as me - to "make it" as a game developer.

I joined the team, made friends, and worked hard on the game. Thing is, it was very difficult to make progress. We were constantly losing and recruiting new people and I often felt I was the only one actually working on the game.

After a while there was a large restructuring in the studio and I was appointed as the Lead Developer. This meant I would work directly with the Lead Artist, who turned out to be Paul Kardos. It did not take long before we realized that we were of the same mind. Together and with our teams we managed to push the game into something playable!

Still, we found ourselves in the lobby of a hotel, of sorts.  Constantly greeting and introducing new developers and artists to the team, only to have them walk away a week later, never to be heard from again.  Rather than focus on retaining talent, the studio simply amped up their recruiting efforts. I was getting tired of this revolving door mentality, and eventually the studio just outright decided to stop the development of the game completely.

So Paul and I started talking.  A lot.  We wanted more control of who was on our team and who we were going to work with. We wanted structure and a plan.  We started discussing a project idea Paul had and one day we just decided to go for it. Only this time it would be developed in a new studio, solely owned and run by us.

We decided the first step was to start working on a showcase demo for the game. Since UE4 requires knowledge of C++, I decided to take the GameDev.tv course “Learn C++ and Make Video Games.” That course gave me the foundation I needed to transfer most of my experience with Unity into Unreal.  Not long after, we had a working chess game for our demo.

It was a start, but we still had a ton of challenges in front of us.

Thank you for reading part two, of a series blog. We hope to see you return for the final part of the series which revolves around the business, and the game that these two developers built from the ground up. See you there! 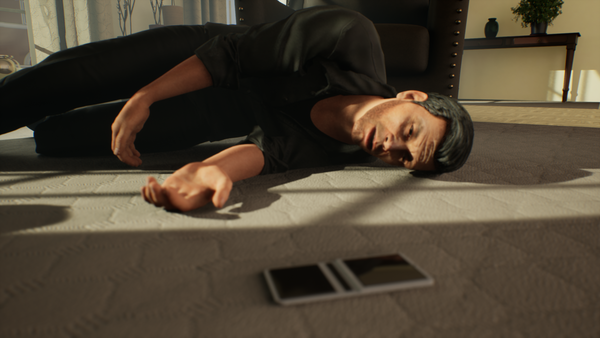 Someone once told us that being a game developer is 60% business and 40% of actual game development. Turns out those might be conservative numbers. 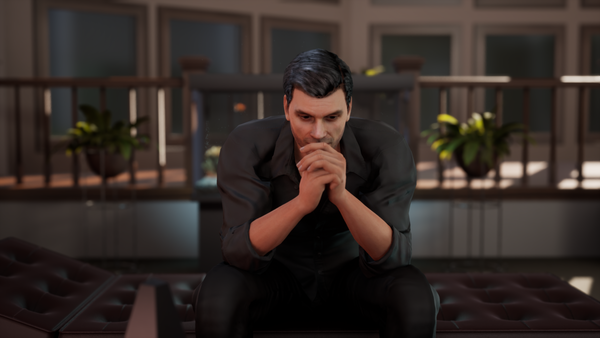 Our plan was to legitimize Catch Light Interactive as a legal entity, and then build a working prototype of our game. A demo of our concept to show potential contributors and investors that we were serious about developing a game and bringing it to the market.